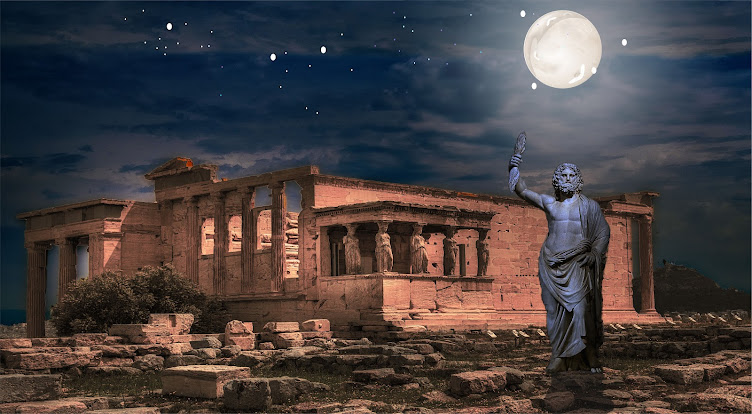 I can’t believe where my simple research on Mythology for my Children’s books has taken me. I never thought I would have to be dealing with some of the most depraved practices of the human race. But if you don’t understand and rise up against this filth, you will remain a slave forever to these depraved specimens of humanity.
The lowest forms of “magick” involve spell casting, sigils, candles, and small items of sacrifice or offering to dead disincarnate entities.  The next level of depravity involves something called sex magic/orgies. The elite get off on it and will sometimes call entities into their bodies (called invocation) so that these entities can enjoy the sensations of sexual contact.


The “highest” form of depravity called “magick” involves human sacrifice, blood drinking, and cannibalism. It is called endocannibalism by anthropologists and it involves the belief that the energy/essence of a person can be absorbed into someone by eating them/drinking their blood and may also allow their soul to be imprisoned.
This practice was done in the ancient Middle East and is currently done by some Amazonian and Asian tribes and is still being practiced by the depraved elite of today.
If you are familiar with my work, you know that I have uncovered the true story of the Abrahamic god and his family and you know that he ate the heart of his murdered son, Zagreus, in order to rebirth him into the body of Dionysus-Osiris.  The belief that “you are what you eat” was prevalent in ancient societies and with the elites of today.
Loki is the equivalent of Prometheus and there is a story of him eating an old woman’s heart that caused him to be impregnated by her and give birth to the Ogresses of the world.

Loki consumes a roasted heart in a painting (1911) by John Bauer
From Wikipedia:

Loki is referenced in two stanzas in Völuspá hin skamma, found within the poemHyndluljóð. The first stanza notes that Loki produced “the wolf” with the jötunnAngrboða, that Loki himself gave birth to the horse Sleipnir by the stallionSvaðilfari, and that Loki (referred to as the “brother of Býleistr“) thirdly gave birth to “the worst of all marvels”. This stanza is followed by:

Loki ate some of the heart, the thought-stone of a woman,

roasted on a linden-wood fire, he found it half-cooked;

Lopt was impregnated by a wicked woman,

from whom every ogress on earth is descended.[34]

So you can see the same concept of becoming or taking on the characteristics of what you ate has come through in the ancient Nordic stanzas regarding Loki-Prometheus-Satan-Lucifer.
After I came across a website for a restaurant called Cannibal Club, I noticed they were pushing the same idea as they claimed one of their members bequeathed her body to the club to be eaten by her friends and be reborn in them.  Yet, they also claim that they only use human flesh from  “young and healthy” individuals.  This practice is called endocannibalism and it is sick and depraved.  No matter how many cheesburgers you eat, you’ll never turn into one, but you might get fat and sick from it.
From cannibalclub.org

Where do you get your specialty meat?

Our avenues of procurement vary. Most of the businesses and institutions who supply us prefer to keep those relationships discreet. On the individual level, bodies are often bequeathed to us. For some, this is a way to supplement life insurance and offset funerary expenses. For others, such as Cannibal Club member Gwendoline Fenwich, who was served to her friends and relatives at the Club in January of 2008, being prepared as a meal, and thereby reborn into the bodies of the living, is an attractive alternative to the more the traditional practices of burial and cremation.

We take considerable care to ensure that all our meat is produced legally and ethically, and derived only from young, healthy bodies.

The practice of eating or using the blood of the young to remain healthy came form sick, depraved individuals.  One example of this is from elitist Elizabeth Bathory.

The case of Elizabeth Báthory inspired numerous stories and fairy tales. 18th and 19th century writers liberally added or omitted elements of the narrative. The most commonmotif of these works was that of the countess bathing in her victims’ blood in order to retain beauty or youth. Frequently, the cruel countess would discover the secret of blood bathing when she slapped a female servant in rage, splashing parts of her own skin with blood. Upon removal of the blood, that portion of skin would seem younger and more beautiful than before.

This legend appeared in print for the first time in 1729, in the Jesuit scholar László Turóczi’s Tragica Historia,[1] the first written account of the Báthory case.

When quoting him in his 1742 history book, Matthias Bel[2] was sceptical about this particular detail,[3] he nevertheless helped the legend to spread. Subsequent writers of history and fiction alike often identified vanity as the sole motivation for Báthory’s crimes.

I am also researching a book called the Purple Secret which has to do with inbred elitists being overly sensitive to light and the possibility that they consumed blood to ingest chemicals from healthy people used to combat light sensitivity which may be the basis for all endocannibalism.  It is quite possible that many of these elites suffer from a condition known as Porphyria and tried to treat it, by drinking the blood of heathy individuals to ingest the chemicals in the blood/heme that they were lacking.  This would make them the basis of all Vampire lore.

The porphyrias are a group of rare inherited or acquired disorders of certain enzymesthat normally participate in the production of porphyrins and heme. They manifest with either neurological complications or skin problems or occasionally both.

Porphyrias are classified in two ways, by symptoms and by pathophysiology. Symptomatically, acute porphyrias primarily present with nervous system involvement, often with severe abdominal pain, vomiting, neuropathy and mental disturbances. Cutaneous porphyrias present with skin manifestations often after exposure to sun due to the accumulation of excess porphyrins near the surface of the skin.[1] Physiologically, porphyrias are classified as hepatic or erythropoietic based on the sites of accumulation of heme precursors, either in the liver or bone marrow and red blood cells.[1]

The term porphyria is derived from the Greek πορφύρα, porphyra, meaning “purplepigment, a reference to the color of the porphyrins. Although original descriptions are attributed to Hippocrates, the disease was first explained biochemically by Felix Hoppe-Seyler in 1871[2] and acute porphyrias were described by the Dutch physician Barend Stokvis in 1889.[3][4]

There is something very different about these elites if they have not bred out their characteristics too much.  Their heads slope back and are elongated, their nose is that of the aquiline nature which is not natural to any ape on the planet, their practices of cannibalism and necromancy are consistent and hidden all through history, they have an enlarged sense of entitlement and superiority over the rest of the “human” race, they work together in their secret societies to ensure wealth and control of the planet’s resources amongst themselves, they cause divides amongst races and genders, they cause wars, and they consider the rest of the human race as cattle.  They may not have descended from apes/monkeys as the rest of the humans did but they may go back to something far ancient that fiddled with the genetics of the apes on this planet and combined it with their own.  I’ll bet that ancient something looked very similar and pale to something like this: