Showing posts from September, 2014
Show all

Odin Wasn’t Even Nordic, He was from Asia

The Nordic God Odin is the equivalent of the Greek Zeus.  This is further corroborated by the Nordic writings in the Heimskringla (written by Snorri Sturluson) in which Odin is noted as being from Asia and part of the Aesir as compared to the Vanir which was Nordic. The war between the two groups, Aesir and Vanir, is described in the Heimskringla ending with a truce and exchange of people.  Let’s look at the passages that prove this from the Heimskringla:
Read more

Zeus and the Tetragrammaton

The Tetragrammaton is a Jewish combination of letters used to represent their God (Jupiter Sabazios as I’ve already proved).  It consists of four Hebrew letters.  Per Wikipedia:
Read more

I went to New York and did a lot of research.  It will take me some time to put all of the videos together and discuss what I found.  For now, I’m going to post some pictures of what I found carved into the pillars below the saints at St. John’s Cathedral.  One of the pillars includes the Kabbalah and another a scene of the apocalypse.  Next door was a children’s garden that included a head of Satan in the design.  Let’s get the analysis started with some introductory pictures:
Read more

The Falling Star of Astarte and the Black Stone of Islam 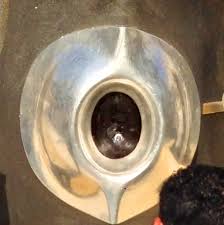 From Sanchoniathon’s writings, a half-sister of Cronus was given a Queendom.  She consecrated a meteor to her city.  Here is what was written: (Then our historian, after some other things, goes on thus:)  But Astarte called the greatest, and Demaroon entitled Zeus, and Adodus named the king of gods, reigned over the country by the consent of Cronus: and Astarte put upon her head, as the mark of her sovereignty, a bull’s head:  and travelling about the habitable world, she found a star falling through the air, which she took up, and consecrated in the holy island Tyre: and the Phoneicians say that Astarte is Aphrodite. Now we don’t know what this stone looked like, but by its description, it’s a meteor that fell to Earth.  In the city of Mecca, the black stone is encased in a silver case that looks like the female Vesica-Pisces: Is this stone the stone found by the half-sister Cronus, Astarte? Muhammad is credited with setting the Black Stone in place in the
Read more 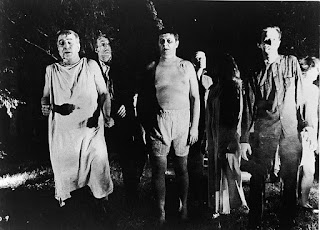 George A. Romero 's  Night of the Living Dead  is considered a progenitor of the fictional zombie of modern culture Cannibal eating zombies are every where it seems.  Not only on the Hollywood screen but in real life.  The horrific attack of a Florida homeless man was one story that just stands out in my mind.  The black man who tried to literally “eat his face off” had to be shot dead to stop him and to this day, no one can really explain what happened. In the old “B” movie thrillers, the idea of cannibals was subtlely portrayed in the movies as an old witch who might be cooking humans parts in  a pot or in the movie   Conan and the Barbarians , a large stew of humans is being cooked.  It is also portrayed symbolically through the vampire character and the zombie character.  How much truth to these ancient stereotypes is there? The fact is that there is a lot of truth to it.  From ancient scholars, we know that there was a big problem with cannibalism during the time of Z
Read more
More posts